What is a VoIP Number?

Find out what a VoIP actually is and why it may be the best option for your small business. 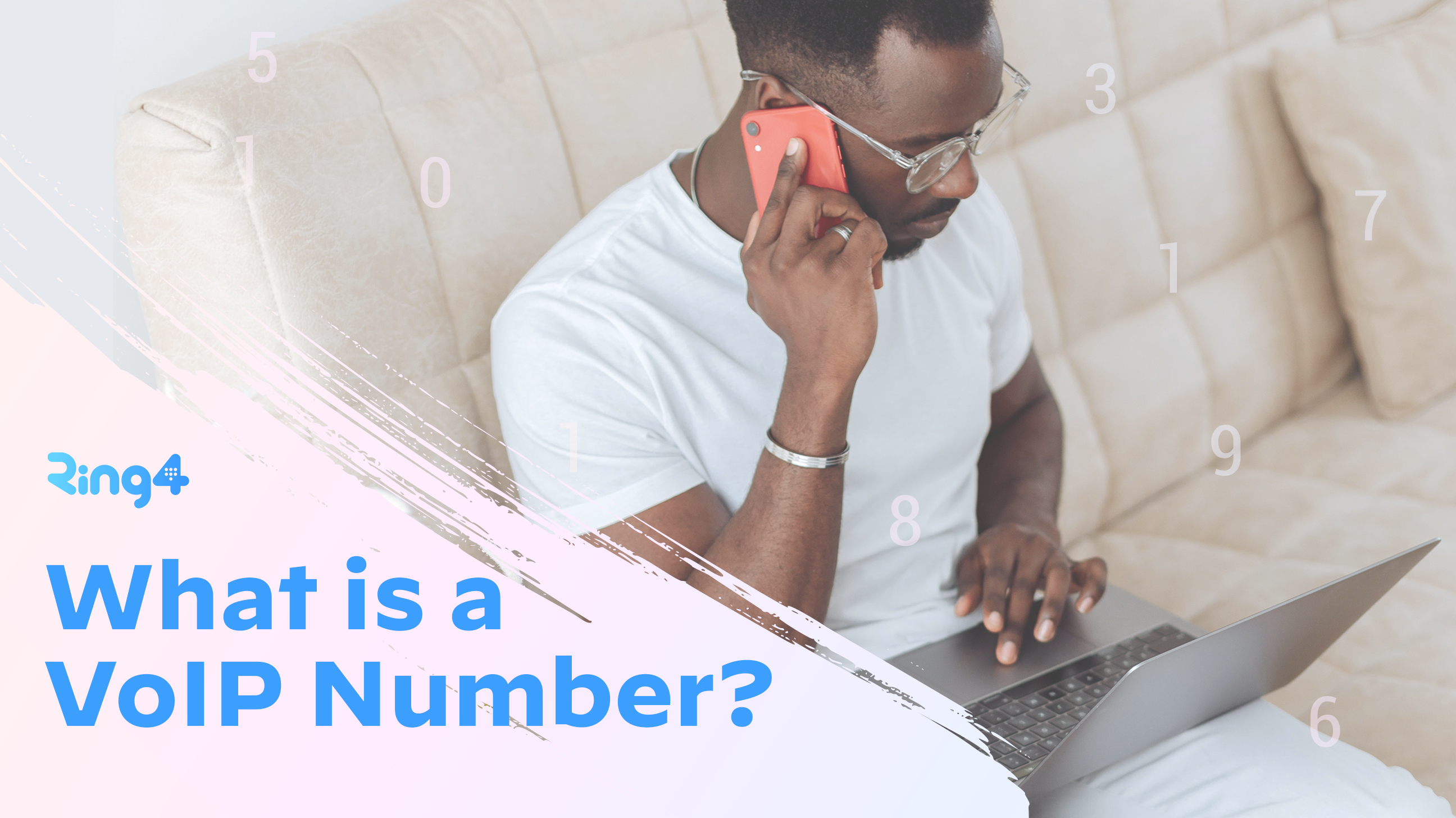 If you have ever seen the letters VoIP, you may have asked yourself - what is a VoIP? Is this something I can purchase down at my local grocery store? You actually may not be too far off with that theory, only time will tell for that one... but let’s get back to it.

VoIP is an abbreviation for Voice over Internet Protocol, but it is also sometimes simply referred to as "voice over the Internet.” More and more people are turning to internet-based phone services rather than traditional phone lines in large part due to their flexibility and time and cost savings.

Everyone actually already uses VoIP. Years ago, all telephone services providers switched to a VoIP infrastructure. So you might think you're on a normal phone, but actually, your voice is getting translated to IP packets. Interesting, huh?

In this post, we’ll explore a few glossary terms such as VoIP number, VoIP caller, VoIP phone system, and VoIP phone set up. By the end, you should have a better understanding of what all of these terms mean, and perhaps gain a little insight as to why people are choosing VoIP over traditional landlines.

VoIP Number: When you sign up for a VoIP service such as Ring4, you are assigned a telephone number just as you would be if you were getting a traditional phone service. Unlike traditional phone numbers however, a VoIP number has the ability to be used to call over devices that are internet-enabled including desktop computers, laptops, and smart devices such as tablets and smartphones, without necessarily needing a SIM card or carrier contract.

VoIP Caller: For the sake of simplicity, we’ll define the term in this way - if your phone displays a VoIP caller, it means that someone is calling you through VoIP technology rather than through a traditional phone connection.

VoIP Phone System: A VoIP phone system is any system or technology that allows you to make phone calls over the internet, rather than over traditional phone lines. Due to the fact that VoIP technology consumes such a small amount of bandwidth, most businesses can use it without experiencing significant data usage, even when performing other data-consuming tasks such as real-time video streaming, which makes it a great solution for small, fast growing businesses.

VoIP Phone Setup: A VoIP phone setup can be as simple as downloading an application on your mobile device. For example, with Ring4 you can use the application to add a second phone line directly on your smartphone. This won’t interfere with your regular cell phone number at all.

A more complex VoIP phone setup could involve connecting a server to traditional phone handsets, involve shared numbers or even have automated tellers. However, the reason more small business owners are opting for applications like Ring4 is that an app won’t tie you to your desk/office the way a more complex VoIP system might.

Because VoIP phone systems rely on internet access, it will not function if a business’s internet connection is disrupted for any reason at any time. This is another reason to use an app like Ring4 over a complex setup. If you’re using VoIP on your smartphone, it can use your mobile data just as any other internet-reliant application would. 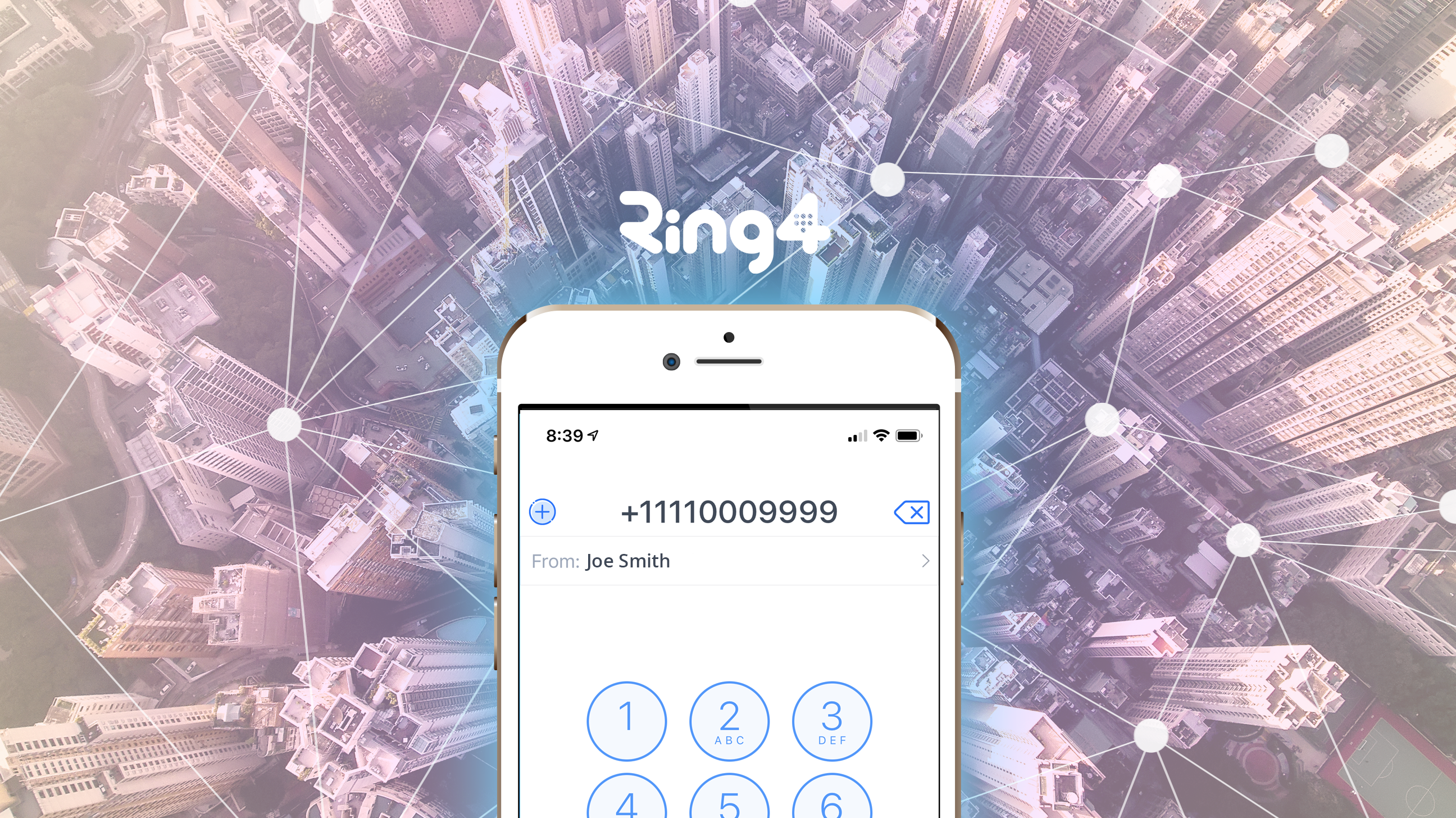 Will a VoIP Number Connect Like Any Other Call? Or Am I Restricted to Calling Other App Users?

Your VoIP number can call any traditional phone number just like your smartphone or a traditional landline. There are some applications that only allow you to connect directly with other app users, but Ring4 is not like this. With Ring4 you can call anyone you like, and they can call your number back and connect with you without any change to how you normally handle calls or texts.

Why Should You Consider a VoIP Number for Your Business?

The top reason people choose Ring4 over traditional business phone lines is the lower cost and simplicity. Secondly, they enjoy the freedom of being able to leave the office, but still connect with their clients, employees, and vendors. In other words, it allows them to be more flexible in their communications.

If you are visiting another country, you can still connect to your U.S. based contacts as long as you can connect to the internet. This allows you to travel internationally while keeping your US number. Furthermore, you can also send multimedia messages such as images or videos through the text messaging feature. And, you can video conference as well.

Step Into the Future with Ring4

Many people believe that Voice over Internet Protocol (VoIP) is the future of telephone communications, when in fact it’s actually our current reality. It’s not a way of the future; it’s already here.

Are you ready to step into the realm of VoIP with Ring4? See for yourself all the features our VoIP app has to offer. Or, if you’re not quite ready to get a VoIP number, but want to use our free video conferencing feature with no software installations required, click here.

Ring4 is a VoIP business phone system in the cloud that helps remote teams have a complete phone solution as if they were in an office.

What Are The Right Channels for Communication in Business Management?

There are different layers of communication in a business and myriad tools like VoIP and chat. Through this article we help you map which one to use...

There are many ways to communicate in business - horizontal, vertical, internal, external, upward, & downward. Understand each one of them in detail...

Inbound calls should make your customer happy & come back for more. With that in mind, we’re sharing here seven best practices for handling inbound...