What is the History of VoIP, and How Did the VoIP Industry Grow?

Know the history of VoIP, how the technology has developed from the day of its invention to the present day, and the challenges it has overcome. 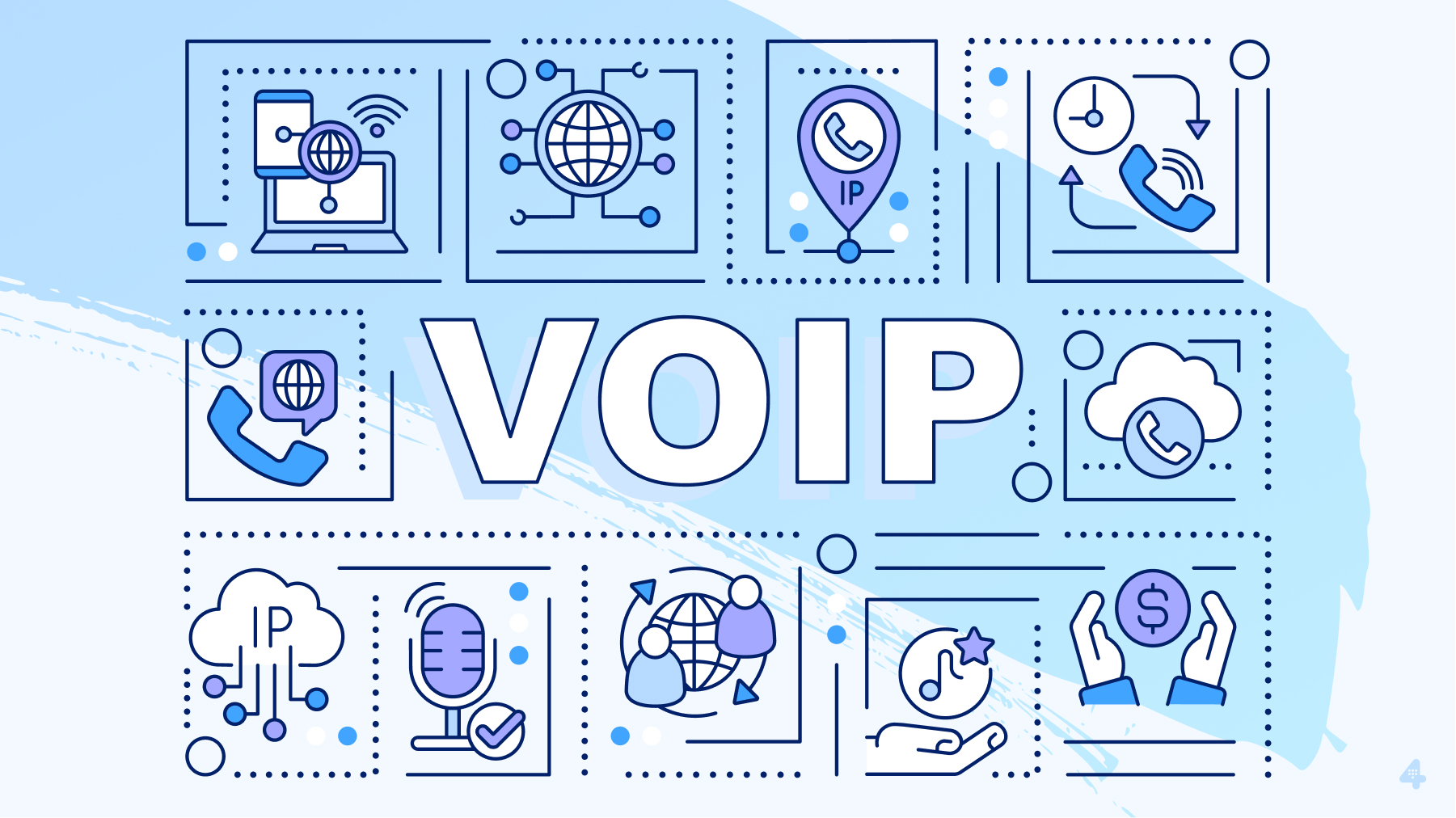 Voice over Internet Protocol (VoIP) technology is one of the most popular and widely used forms of communication technology in the world. It allows users to make voice and video calls over the internet.

The technology has come a long way since it was first invented and has gone through various stages of development. In this post, we want to share the history of VoIP - how VoIP technology and its application has developed from the day it was invented to the present day and the various stages it has gone through, and the challenges it has overcome.

The credit for the development of VoIP is commonly given to those who helped develop VocalTec Communications. This is in fact partially accurate, as the first phone that could connect with the internet was created by VocalTec Communications in 1995. However, the creation of VoIP can not be oversimplified to be credited to just that company.

While employed by AT&T at Bell Labs (named after Alexander Graham Bell), in the 1980s, Dr. Marian Croak pioneered, envisioned, and planned the technology that is responsible for what would become the VoIP phone systems we use and know today. Without her knowledge and expertise, VoIP technology may very well have slipped into the forgotten technological past, as a forgone experiment. 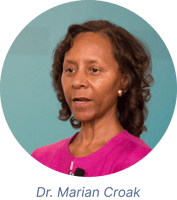 Of course, odds are, someone would have picked it up again because of the demand that would ultimately come to be able transmit voice data packets over the internet. Dr. Croak held her position at Bell Labs for three decades, and nearly half of the patents she holds are all related to VoIP.

How did VoIP evolve to the current stage?

Even before Dr. Crook's technological innovations, a series of significant events transpired to bring VoIP to the current state we know today. Here’s a brief timeline of how things evolved:

During the 1870s: The earliest telephones that were extensively used were created independently by Alexander Graham Bell and Elisha Gray. They needed a switchboard operator to transmit calls from callers to recipients.

In the mid-1900s: The touch-tone buttons seen on modern house phones were developed by AT&T using innovative technology. As a result, the location of the operator might be eliminated, and calls switched digitally.

In 1969: Advanced Research Project Agency aka ARP would develop ARPANET which would lay the groundwork for what we know as the internet today. Later, in 1973, the first voice data packet would be transmitted across the ARPANET network. 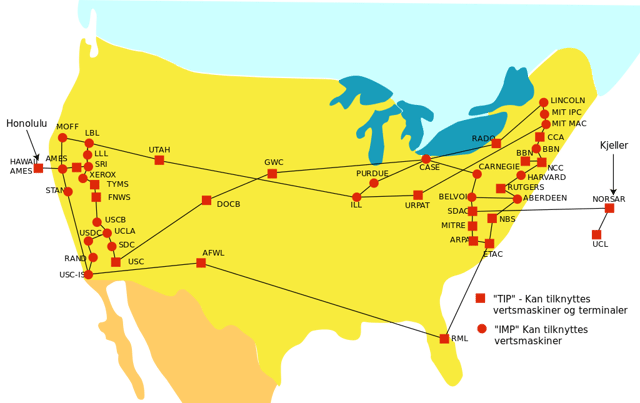 The 1980s: The popularity and acceptance of PC or personal computers began to grow. Owners of these PCs had the option to sign up with an ISP or Internet Service Provider, connect to their systems over telephones, and expect to be paid by the hour of access.

Late 1980s: Dr. Marian Croak began work on the technology that would become VoIP while employed by AT&T at Bell Labs.

1989: The development of the HTTP or Hypertext Transfer Protocol was developed at CERN by Tim Berners-Lee and his colleagues. In addition, the building blocks of the Internet were thus established.

1995: VocalTec was the first firm to offer VoIP services. They were the ones that made the first Internet phone universally available. It went by the name InternetPhone, to put it plainly.

1996: Voicemail applications for the internet came into existence. Users had the ability to transmit voicemails to the receiving phone using the Internet.

1998: Following this, VocalTec developed the capability for VoIP to make calls from a computer to a telephone as well as from a telephone to another telephone. Before continuing their conversation, the person had to wait for a series of commercials, and the same was true after the session was over.

2000: As web communication and the Internet became more and more popular, the government started to regulate VoIP communications. By setting up call centers from outside their home nations, several businesses were able to handle this issue.

2003: VoIP calls have increased to account for 25% of all phone calls. Customers backed VoIP better than ever after realizing that it was a fantastic method to minimize fees related to Internet usage and long-distance conversations. Also, the same year when Skype released its beta version, it instantly attracted national attention. For starters, Skype made it possible for users to make cost-free computer voice calls.

2004: Similar to Skype's meteoric rise to VoIP supremacy, other startups emerged to fill a need for comprehensive VoIP services. They often offered unlimited domestic calling for a set charge and free calling within the same VoIP provider's network.

2012: Ring4 was founded. It started offering a way for users to make VoIP calls from their smartphones.

How does VoIP work in the present day?

VoIP has been incorporated into many people's daily lives all over the world thanks to a wide range of technological developments, including broadband and later Wi-Fi, PCs, the merging of phones, smart devices, and other gadgets.

Many people utilize VoIP technologies to communicate affordably or even for free with relatives who live abroad or even just across the country. Many VoIP providers come with built-in messaging and video features, and their technologies are used by businesses to conduct meetings and reduce costs.

What lies ahead for the VoIP industry?

There are optimistic projections for the future of VoIP. It makes many communications processes easier, which is why phone companies and internet service providers are drawn to VoIP for its cheaper costs and its flexibility.

With its high level of adaptability, VoIP has quickly established itself as more accessible than other forms of communication. It’s easy to set up, and in many cases doesn’t even require additional hardware either. We suspect we will see more video and messaging integrations, and that connectability will become even more reliable than it is right now.

Bottom line: VoIP isn’t going anywhere, and it is the future of communication. If you’re not currently using VoIP service providers, you could be overpaying for phone service.

Want to learn how much you could save by switching from your traditional phone to Ring4’s VoIP service? Click here to get started for free today!

Trevor is a SaaS growth consultant and managing partner of Ring4. He leads the product development and drives innovation for building the best light-weight business phone solution in the cloud.

5 Ways to Enhance your Business Conversations with a VoIP

Companies need to be able to easily communicate with their customers and employees from anywhere in the world, and at any time of the day.

In this guide, you will learn about the role of VoIP in remote collaboration and the top benefits of using it, and how VoIP has revolutionized...

5 VoIP Industry Trends That Are Shaping The Future